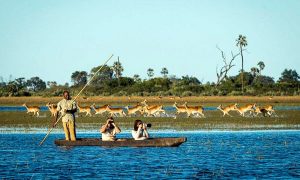 The judges were impressed by the success of Wilderness Safaris in driving down the consumption of bottled water and the consequent savings in plastic waste and the greenhouse gas emissions which result from transporting bottled water. By measuring their use and reporting reductions year on year in their Annual Integrated Report they demonstrated how it is possible to report progress against the United Nations Sustainable Development Goals. Their robust approach to tackling the consumption of bottled water sets an example and challenges the industry to do far more. The industry needs to take much more vigorous action to reduce its water consumption; the resilience of individual businesses and the sector requires it.

Best Reporting on the Global Goals

For the Global Goals category, the judges were looking for tourism organisations that leverage tourism to contribute to the UN Sustainable Development Goals (SDGs) and then transparently report on the impacts of their responsible tourism efforts.

The SDGs are a set of 17 interconnected transformational goals with 169 related targets that explain what needs to be achieved across social, environmental and economic aspects. Most tourism businesses do not yet acknowledge the private sector as a critical actor in the attainment of the Global Goals or are not fully engaged in tracking or reporting progress against the targets.

To encourage greater rigour in reporting positive change against global sustainable development priorities, this new category will be a standard feature of future African Responsible Tourism Awards.  To determine the winners the judges reviewed the responses of all contenders to a specific question in the application form about the SDGs. 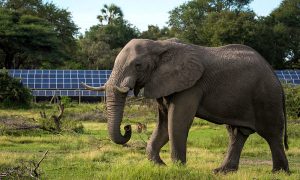 Wilderness demonstrated that active engagement with the SDGs is their business imperative. There is clear, credible evidence of the alignment between the company’s efforts and the relevant SDGs and specific targets. Performance is transparently reported.

Target 12.6 under SDG12: Responsible Consumption and Production encourages companies to adopt sustainability practices AND to integrate sustainability information into their reporting cycle. As a company listed on both the Botswana and Johannesburg Stock Exchanges, Wilderness Safaris is required to produce an Annual Integrated Report (AIR). The Global Reporting Initiative, widely recognized as best practice for triple bottom line reporting, guides the preparation of the Wilderness Safaris’ AIR. By identifying relevant SDGs and detailing how the business is working to contribute to them, the company goes beyond compliance requirements for listed companies.

The quantification and reporting of performance against indicators is fundamental to the SDGs. Wilderness Safaris’ disclosure of progress against indicators for carbon emissions, water and waste usage and compliance with the Group Environmental Minimum Standards is exemplary.  Furthermore, in addition to reporting on areas of good performance areas of weakness are also indicated. Wilderness Safaris’ commitment to gaining shareholder and stakeholder trust through transparency is noteworthy. The annual report and a consumer and guest-focused version (Sustainability Review) available on the website, and the Sustainability Review in all guest rooms.

Best for Decent Work and Inclusion

The judges were looking for examples of businesses able to demonstrate an exemplary responsible approach to the employment and treatment of staff, and a creative and long-term approach to including local producers in the supply chain.There was no Gold winner in this category. 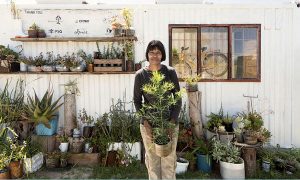 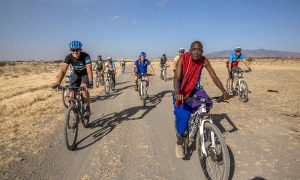 Spier in the Western Cape of South Africa and PEAK East Africa in Kenya have much in common when it comes to creating shared business value.  Both businesses demonstrated a comprehensive approach to improving working conditions, including various internal engagement tools, training, employee wellness and health programmes, staff awards and beyond-the-norm employee benefits. A strong commitment to going beyond compliance in relation to pay, health and safety, freedom of association and fostering purposeful work environments is evident at both Spier and PEAK East Africa.  To track achievements, employees are annually asked for feedback and suggestions, and results compared year-to year.  Both achieve exceptionally high staff engagement and positive feedback on the general working environment in these surveys.

Spier’s inclusive business philosophy is actioned through a 30km preferential radius for recruitment, a focus on youth employment, providing internships and sourcing more than 70% of goods and services from the Winelands district and Cape Metro.  The judges thought that allowing staff to spend individual learning budgets on sustainability solutions at home is a constructive and practical way for employees to apply work-based sustainability learnings outside of the workplace.

Extensive engagement with and support for local NGOs spoke volumes for PEAK East Africa’s commitment to an ethos of ‘Purpose beyond Profit’. They contract locally-owned and marginalised suppliers preferentially, and their Supplier Code of Conduct encourages suppliers to operate in a more environmentally and socially responsible way.

There was no Gold winner in this category. 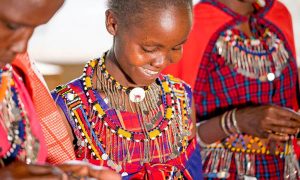 For Basecamp enabling tourist to engage with local people and culture is fundamental to their vision of demonstrating how the conservation of ecosystems requires co-existence between wildlife and humans. They regard consistent support for local people and cultures as fundamental to preserving the heritage of the land to ensure it remains habitable for people and wildlife. By including the cultural aspects of the local Maasai, Basecamp raises the standard of living of the Maasai people and provides a richer better guest experiences for their clients.

Basecamp established the Basecamp Maasai Brand (BMB), a community-based handicraft workshop that empowers 158 Maasai women while preserving the traditional Maasai beading practice. As a fair-trade practice, the Maasai women receive about 55 percent of the proceeds which goes towards providing food, clothing and shelter for their families while the remaining 45 percent goes towards management costs and purchase of materials.

Basecamp also supports a capacity building program through education sponsorship at Koiyaki Guiding School (KGS).  Over the last 13 years, KGS has trained over 270 students, 20% of whom are young Maasai girls, young Maasai men and women continue to wear their traditional costumes and jewellery.

The judges wanted to recognise Nande Junias Explorer Tours (Namibia), for his work in developing township tours for community upliftment in Mondesa Township in Swakopmund; and Abang Africa for their new Goedverwacht mission village tour and homestays.

Best for Innovation in Water Management

There was no Gold winner in this category. 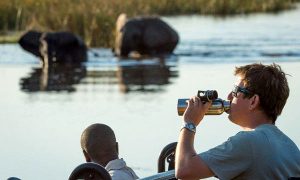 In addition to its success in reducing the consumption of bottled water Wilderness Safaris is fitting tap aerators, flow restrictors, efficient shower heads, dual flush toilets, recycles grey water, monitors leakages. Further, Wilderness, along with another industry leader in sustainable tourism, is developing benchmark water usage figures for safari camps. The judges were pleased to see the commitment to reduce water bottle use across the whole operation and the consequent reduction in plastic waste and carbon emissions. Water scarcity and security is a major issue in Africa and the judges were surprised and disappointed not to receive more applications addressing water sourcing, the reduction of water use and grey water recycling and the disposal of wastewater. 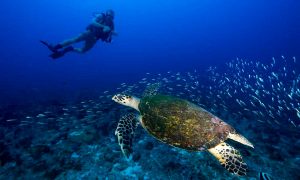 Twenty years ago, North Island was purchased and a set of Conservation Goals – marine, terrestrial and island sustainability – we established. A key goal was to protect the four coastal beaches and safeguard the nesting sites of two species of sea turtles, the Critically-Endangered Hawksbill Turtle (Eretmochelys imbricata) and the Endangered Green Turtle (Chelonia mydas). The turtles have been monitored since 1998 and there has been systematic data collection since 2004. There are daily beach patrols, nest monitoring and tagging and only turtle-friendly light is allowed.

Since 2004 the number of Hawksbills using the island has doubled and the Green Turtles have increased six-fold. North Island now has the highest density of nesting Green Turtles in the inner islands of the Seychelles. The judges were impressed by the success of this luxury resort in increasing the population of turtles and its ambition to become a gazetted marine reserve in pursuit of which biannual scientific marine surveys to quantify the diversity and abundance of reef fish; marine invertebrates; hard and soft corals and predatory species have been conducted since 2011.

The resort has a strict Fishing and Menu Policy which precludes the capture of fish known to be either locally or internationally threatened. North Island demonstrates the significant contribution a commercial tourism resort can make to conservation and we hope that it will inspire others to do more.

Marine Dynamics has been awarded many times for its achievements in conserving the African penguins and white sharks and in combatting marine pollution. They have contributed to both the practice and science of marine, conservation partnering with national and international universities to understand the ecology of the species and the habitat.

The judges were impressed by the continuing commitment to using tourism to fund conservation science and the success of practical interventions through the penguin sanctuary and the penguin nesting boxes. Marine Dynamics has long been educating the domestic and international tourists it attracts about the importance of conserving marine species and encouraging them to contribute to their conservation.

This Award recognises their continuing and growing success in the battle to conserve marine life and in particular their DEEP three-year environmental education programme with young learners, the 3000 children in their outreach programmes and the 30,000 reached through their annual competition.

In 2017 All Out Africa won Gold for habitat and species conservation in the African Responsible Tourism Awards. This year the judges wanted to commend them for the publication of a paper on the research undertaken through their volunteer and science programme on “Satellite tagging highlights the importance of productive Mozambican coastal waters to the ecology and conservation of whale sharks” and their advances in local educational outreach work.