Carbon dioxide is not the only greenhouse gas released by aviation which contributes to global warming. There are many other pollutants and effects, from NOx to particulates, contrail cirrus and aviation induced cloudiness. the latest research reports that aviation is responsible for 3.5% of anthropogenic climate forcing. 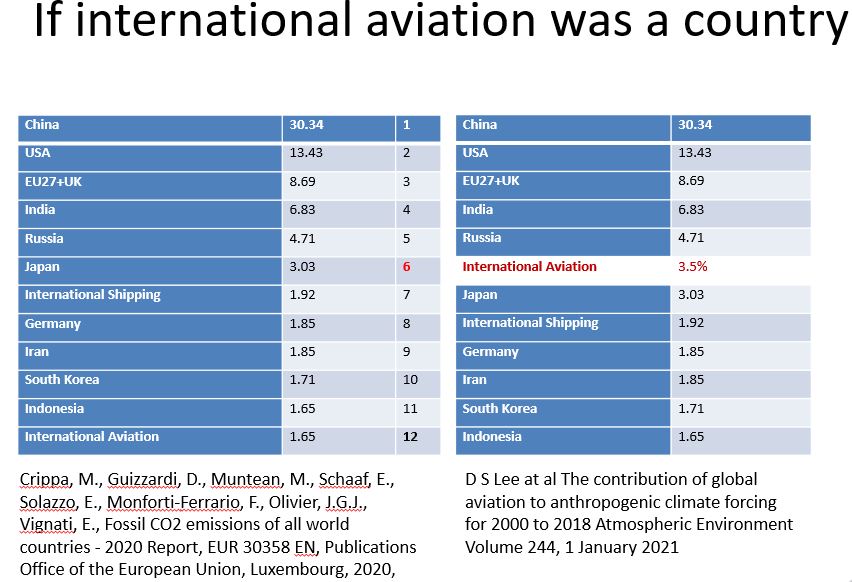 The Climate Action Tracker is an independent scientific analysis that tracks government climate action and measures it against the globally agreed Paris Agreement aim of "holding warming well below 2°C, and pursuing efforts to limit warming to 1.5°C." A collaboration of two organisations, Climate Analytics and New Climate Institute, the CAT has been providing this independent analysis to policymakers since 2009.

As at 23 July 2020 they reported that International Aviation performance in reducing its emissions was critically insufficient and on track for a world 4ºC warmer. 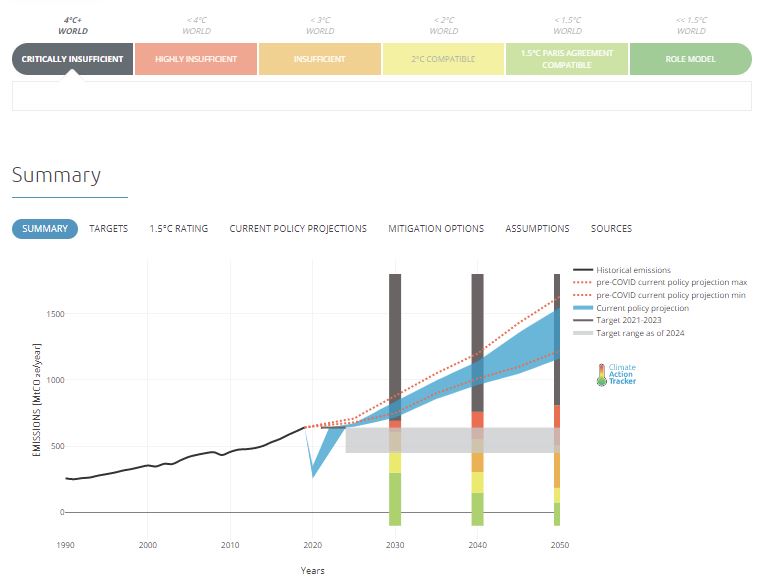