What is carbon offsetting?

Carbon offsetting has been very popular as a way of addressing carbon emissions, particularly from aircraft. The simple premise allows individuals and companies to invest in environmental projects to balance out their carbon footprints.

On the face of things carbon offsetting seems credible, however it has been the subject of intense scrutiny. Read on to learn more about carbon offset schemes and the issues behind them.

Accepting that some emissions are too difficult to reduce to zero, and aviation is one of those, the concept of net-zero has gained traction.

‘Net zero’ refers to achieving an overall balance between emissions produced and emissions taken out of the atmosphere. Like a bath with the taps on, an approach to achieving this balance can either be to turn down the taps (the emissions) or to drain an equal amount down the plug (removals of emissions from the atmosphere, including storage for the emissions such as ‘carbon sinks’). In a net-zero scenario, the residual emissions from these sectors are allowed as long as they are offset by removing emissions using natural or engineered sinks – gross negative emissions. [1]

Carbon offsetting is a potentially credible as a way of achieving net-zero emissions and we have seen airlines deciding to include offsetting in the ticket price or to encourage passengers to buy offsets. The price of carbon offsets is an issue. If the price is low more people and companies take them up, more offsetting takes place. But if offsetting is cheaper than reducing carbon emissions, offsetting will reduce the incentives necessary to drive technical development. Offsetting may simply facilitate business as usual. If the offsets are poor quality and do not effectively reduce carbon emissions, then net zero cannot be achieved this way.

The offsetting proposition is based on "the user pays". The consumer rather than the producer pays. It is a market-based approach based on the idea that the most efficient allocation of resources occurs when consumers pay the full cost of the goods that they consume.

But there are at least three problems with this: 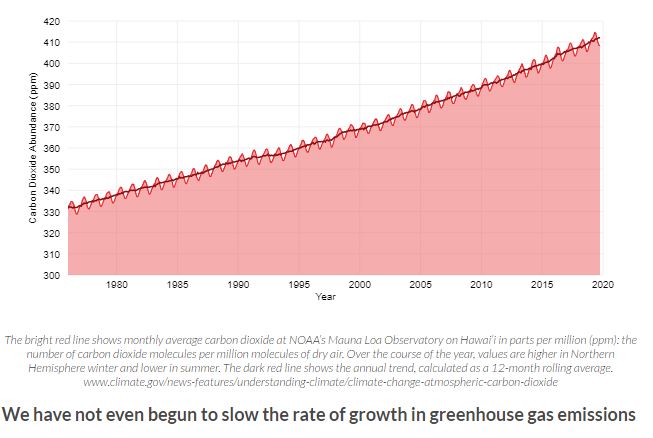 Is Carbon Offsetting too good to be true?

56 businesses and individuals working in tourism have joined Tourism Declares a Climate Emergency accepting that this “requires immediate and radical action by our governments, our industry and our business.”

Much Better Adventures founded Tourism Declares a Climate Emergency to encourage its “peers, competitors and partners in the travel industry” to address the issue and do more. Those who declare an emergency commit to develop a plan, transparently report on progress annually, focus on cutting carbon emissions, work to grow the community and call “for urgent regulatory action to accelerate the transition towards zero-carbon air travel.”

Much Better Adventures are “not going to be making any grand claims of carbon neutrality or carbon positivity by simply paying to ‘offset’ our emissions. We consider such claims to be misleading and a distraction from the real work of cutting emissions in the first place.”

Responsible Travel has signed up, pointing to their call for a green flying duty, calling on its customers to “Fly less and make it count” and working with its tour operator members to promote low carbon holidays highlighting train and overland routes.  They are clear about carbon offsets: “we stopped offering them ten years ago. We don’t believe they work and think they distract from the urgent need for reduction.”

Increasing numbers of travellers are concerned about the carbon emissions generated by their travel, and it is reasonable to assume that those predisposed to travel responsibly will have concerns about their carbon emissions. I have heard a good deal of anecdotal evidence of this over the last couple of months. Eliane Glaser in her Get Real: How to See Through the Hype, Spin and Lies in Modern Life has pointed to how difficult it is to fully understand the products we purchase.

Carbon offsets offer an attractive, relatively low-cost way for travellers to salve their consciences, not unlike a medieval pardon, facilitating business as usual by buying a permit to pollute. Anand Giridharadas, author of Winners Take All: The Elite Charade of Changing the World, points to the prevalence of initiatives which appear to do good, tweaking things that change nothing fundamental but which distract the public. Regulatory action by government, for example by taxing aircraft fuel, is resisted.

ICAO established a Technical Advisory Body (TAB) to provide advice on which carbon offsets aviation might use.  They are very critical of the UN’s Clean Development Mechanism (CDM). The TAB concluded "Due to the many problems associated with this scheme, no CDM credits should be used under the Paris Agreement and all projects should be re-assessed before they are transitioned into a new system." more here

Carbon Offsetting is an attractive option, a one-stop negotiable solution which allows the airline, tour operator or hotel to continue with business as usual.  But for the individual or business, it is a complex purchase. A 2017 study of offsets, commissioned by the European Commission, found that 85 per cent of carbon offset projects under the Kyoto Protocol’s Clean Development Mechanism (CDM) had failed to reduce emissions. This research clearly shows that many of even the very best offset schemes don’t work and that facilitating offsets without linking them to emission avoidance and reduction will never achieve the levels of overall emissions reductions that are needed.

There is even more reason to be sceptical of voluntary offset schemes, cap and trade permits have their own problems. If you are retailing a carbon offset, it is presumably your liability. A disaffected consumer may come back to you for financial compensation for mis-selling and inflict collateral reputational damage.

FlyGreen is a booking engine which offers a choice of flights and will off set the client’s carbon emission for free by building solar panel projects in India. There is a perverse incentive in the carbon market to minimise the carbon that needs to be offset and then to price the offset as low as possible. If offsets are available at low costs, there is little or no incentive to reduce emissions further; offsets become medieval pardons. The range of carbon emission values calculated for a return economy flight London-New York is cause for great concern. There’s broad agreement among environmentalists that a fair price for carbon, reflecting all of its environmental costs, etc. should be well over USD50. It is difficult to trust a market where the cost of offsetting ranges so widely. It is surely difficult in these circumstances to have a high level of confidence in what you are purchasing or recommending.

Offset.earth takes a different approach offering a mega offset to frequent flyers to prevent or remove four footprints worth of CO2. For £240 per year they will plant 576 trees to offset 88 tonnes of CO2, that’s £2.72 per tonne.

Is carbon offsetting better than doing nothing?

It is clearly possible to convince yourself and clients that it is, but for how long? Swimming with dolphins and visiting or volunteering in orphanages were thought to be good – until perceptions changed. As offsetting is more widely promoted it is likely to come under increasing scrutiny. For Shell Go+ customers, Shell will buy a carbon credit to offset, or compensate, for these emissions. It costs the consumer nothing: “All you have to do is scan your Shell Go+ card when you purchase your fuel and we will offset all of the emissions from the production and use of the fuel.”

There is a potential legitimate role for carbon offsetting of residual emissions that remain once polluters have done everything they can to avoid and reduce carbon emissions, but there are very few if any offset projects so far that require their buyers to make that commitment. If the travel and tourism industry wants to use carbon offsetting credibly it needs to push existing offsetting services and certifiers such as Verra or the Gold Standard to raise the bar further and sell only to customers who can demonstrate that they are avoiding and reducing emissions before offsetting just their residual impacts.

Planting indigenous trees is a good thing.  But don’t assume that they absolve you of responsibility or that they will survive long enough to remove much of the carbon emitted as you fly.

Climate change and the need to combat it is no longer a marginal issue. Even the UK’s Daily Express published Greta Thunberg’s Davos speech in full. This issue is becoming mainstream and there will be more attention focused on it.  You will need to be able to defend your offsets!

Learn more about climate change in this short video from the BBC titled Our Planet Matters: Climate change explained: 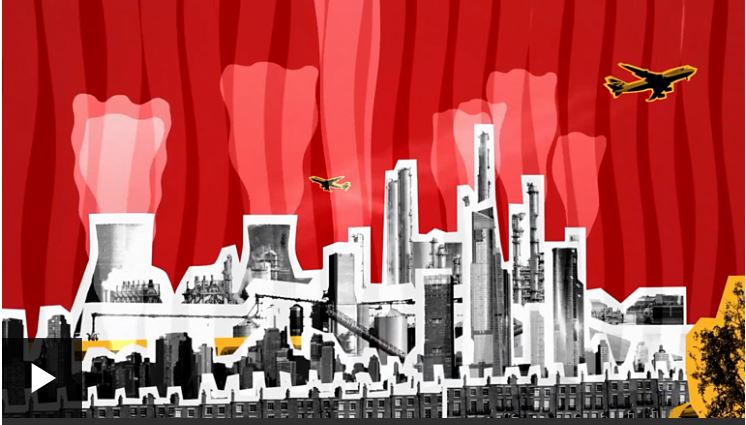 Climate change: Where we are in seven charts and what

Current data for atmospheric CO2 is measured at the Mauna Loa Observatory in Hawaii. Measurements are made and reported independently co2now.org