The next edition of RT News will be out at the beginning of May
The Responsible Tourism Hub provides quick links to curated material on Responsible Tourism.
Subscribe to RT News here  You can update or amend your mailing preference at the foot of the email which delivers RT News to you.

XinhuaNet
As Coronavirus deaths in the UK approach 145,000, bereaved families have begun painting a vast memorial wall in an “outpouring of love” opposite the Houses of Parliament. The wall mural will stretch to nearly half a kilometre along the Embankment opposite Parliament. more 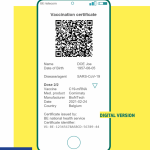 cases and 2.85m deaths this pandemic is far from over. Countries will continue to move in and out of lockdown and new 'variants of concern' which may result in changes in transmissibility, clinical presentation and severity, or impact public health and social measures (PHSM). more 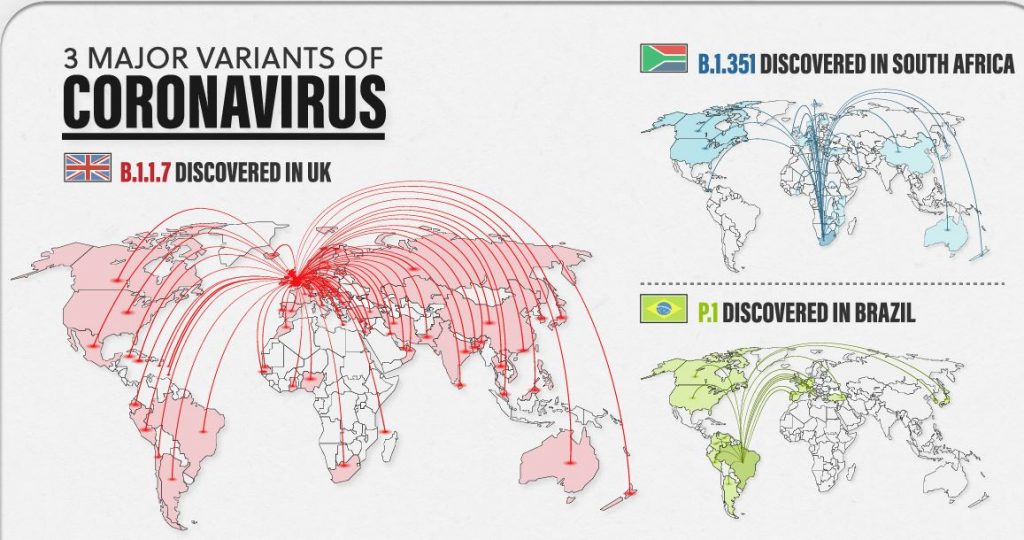 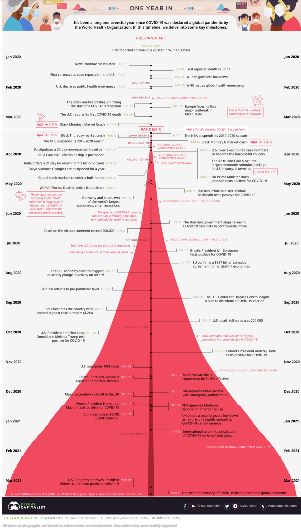 As Covid-19 is spread by social contact travel and tourism, domestically and internationally, is inevitably going to be subject to restrictions within countries and across borders. There are reports of an EU Vaccine Passport by  June 15th, designed to save the summer tourism season.  Everything you need to know about the proposal Digital Green Certificate.
In a trial project, SimplyGo (which enables travellers to pay using contactless), has partnered with SITA to make use of SITA Health Protect.  It looks likely that there are going to be multiple schemes. Vaccine nationalism has arisen, world leaders have called for an international pandemic treaty to build cross-border cooperation.  "The Covid-19 pandemic has been a stark and painful reminder that nobody is safe until everyone is safe." Vaccine Apartheid threatens us all.

As the Visual Capitalist's graphic of the first year of the pandemic shows it is far from over. Take a look at the original

Dutch travel company Sunweb has announced that it plans to take 187 people for an eight-day holiday in Greece, to see whether tourism is feasible, despite the rise in contagion cases in several European countries. Participants will not be allowed to leave the resort and will have to quarantine for up to 10 days when they return to the Netherlands.

2. Multilateral action is required to rebuild trust and travel
As Taleb Rifai has pointed out for travel and tourism to recover "we need is a new multilateral system, a more harmonized, fair, and equitable system, because it’s not important how successful every country is on its own. If one cannot travel from one place to another, what countries do independently is of no consequence. This is the nature of travel. It connects people and places." “We have to function as one. We cannot have one country insisting on quarantine, while its neighbours are demanding a vaccination passport, and a third country is requiring simply a 72-hour testing proof before arrival. ..... We need to rebuild a new multilateral system from the bottom up, brick by brick. We need to build a system that does not depend on the principles of the haves and the have nots." more

Zurab Pololikashvili, Taleb's successor as UNWTO Secretary-General, recognising that:  "We can only restart tourism if we restore trust in travel. People want to feel safe and looked after when they travel," has begun work on an International Code for the Protection of Tourists. The first two chapters on definitions and seven core principles have been agreed upon. The code has been drawn up by representatives of over 100 countries, the European Commission, UN agencies, IATA and a range of other travel industry associations. It is difficult to permit tourism when a virus spread by contact between people is prevalent and particularly so when new variants of concern emerge, health trumps travel for government and most tourists.

Euromonitor looked at 99 countries through the lens of environmental, social and economic sustainability, country risk as well as sustainable tourism demand, transport and lodging and used 57 data indicators to determine their comparative performance.

4. WTM Africa Virtual 7, 8, 9 April
We can learn much about tourism in and from Africa – celebrating diversity and inclusiveness, growing the cake to create more value for neighbouring communities, living with and benefitting from biodiversity (some of it dangerous), and the importance of transparency. One of the few benefits of a virtual programme is that we can have speakers from around the world on the panels at WTM Africa and that they can be shared worldwide.

There are six Responsible Tourism panels at WTM Africa this year focussed on progress in RT, certification, biodiversity, how  tourism creates more value for local communities,  and  cultural diversity and storytelling

There is much talk of regenerative tourism the latest buzzword, an alternative to build back better and to be welcomed for that. However, like so many labels that come and go, and  it remains largely aspirational. What is needed is action, people taking responsibility to make the changes essential to a healthy travel and tourism sector and healthy peoples on a healthy planet.

6. Biodiversity the world's most dangerous animal can make a difference.

In November 2020 Visit Scotland, along with Wild Scotland and Sail Scotland, declared a climate emergency, the first national tourism organisation to do so. In April 2019, First Minister Nicola Sturgeon declared a climate emergency on behalf of the Scottish Government, the first time this had happened at a national level anywhere in the world. VisitScotland has now launched #RespectProtectEnjoy Scotland and Scotland's Responsible Tourism Promise, designed for those visiting or holidaying in Scotland it aims to keep Scotland special. The focus is on what the visitor can do to avoid disturbing wildlife or damaging the environment, to respect the locals and their resources, shop local and avoid crowded places and come back when it's less busy.

The campaign has received widespread support in local news media for its £124,000 campaign. The Inverness Courier reported that the  "campaign will ask visitors to leave no trace as it looks to counteract some of the issues seen as a result of a new, homegrown audience of visitors discovering and enjoying Scotland’s countryside.

9. Changing perceptions of ourselves and others.