1, Significant Warming has Occured - Time to Adapt
Flooding in Kerala, Jakarta and Yorkshire, drought and mega-fires in Australia, the ice melting in the Arctic and Antarctica leading to sea-level rise and drought causing famine in Zambia and elsewhere. In Moscow, artificial snow was created for the New Year celebrations. 2019 was Russia’s warmest year on record.

Who said "We should always remember that free markets are a means to an end. They would defeat their object if by their output they did more damage to the quality of life through pollution than the well-being they achieve by the production of goods and services." It was Margaret Thatcher at the UN, 30 years ago, in 1989. Then we had a world leader who understood the science and who contributed much to tackling CFCs which were depleting the ozone layer. There is a woeful lack of that quality of leadership now.

Stern pointed out way back in 2006 that the longer we left tackling climate change the more expensive it would be and the more damage we would do to our climate. We are leaving the problem to our children. Much is made of achieving net-zero by 2050, but most of the greenhouse gasses emitted between now and then will be there in our atmosphere, cooking us.  Increasingly those children and grandchildren are asking us about what we are doing about climate change. There is more on the cost of greenhouse gas emissions and the problems of offsets here

We need to reduce emissions and to adapt to the consequences. Resilience requires that the travel and tourism industry prepare for the worst. We have not even begun to slow the rate of growth in greenhouse gas emissions. We need to reduce and adapt.

2. Responsible Tourism is About Solutions 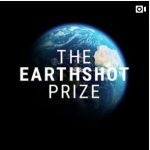 For businesses, Responsible Tourism is about creating better places for people to live in and for people to visit. For destinations, it is about using tourism to enhance the place and managing tourism so that the place and the people who live there are not used by tourism, but rather benefit from it.  Through the WTM Responsible Tourism Awards, the panels at the four shows in London, Cape Town, Dubai and Sao Paulo, and the blogs we focus on solutions. If you know of replicable examples of good practice please let us know about them. Email harold@haroldgoodwin.info

The Duke and Duchess of Cambridge have announced a global prize to tackle climate issues, pledging "a decade of action to repair the Earth".Five winners will receive the Earthshot Prize every year between 2021 and 2030. Prince William said the world faces a "stark choice" to continue "irreparably" damaging the planet or "lead, innovate and problem-solve". A series of challenges will be announced, aimed at finding at least 50 solutions to the "world's greatest problems" including climate change and air pollution. video

4. Destinations & Overtourism
Ten years ago Newquay was known as a “Wild West” party town where anything went. Newquay was reinvented: ‘You stopped finding knickers in your garden’
It is possible to change the tourism culture of a town. Newquay is now a town of upmarket cafes, wine bars and yoga studios. The Hindu has reported that in Kerala it is likely that following discussion with stakeholders to put a cap on the number of visitors to ecologically fragile locales such as Munnar and the backwaters of Alappuzha. This extends the carrying capacity management regime operated at Thekkady and locales such as Kuruva island in Wayanad. For its part, the Idukki District Tourism Promotion Council has been augmenting infrastructure in locales such as Wagamon and Panchalimedu to decongest Munnar.
Meanwhile, in Antarctica 80,000 tourists a year are getting closer and closer to wildlife. Visitors flock to the island of Half Moon to swim with penguins, majestic whales, sea lions and seals.

6. Removing Plastic from Our Environment
Kumarakom, the place where RT first blossomed in Kerala, has gone single-use plastic-free all 50 accommodation units here have cut back on as many as 19 single-use plastic materials from their day-to-day operations. Alongside the resorts and homestays, 20 houseboats and Shikara boats here have joined the initiative and signed a Memorandum of Understanding to this effect with the Responsible Tourism (RT) Mission.
In Thailand, the Tourism Authority of Thailand (TAT) organised a two-day ‘Shade of Blue Ocean’ activity attended by over 500 participants from TAT and partners, the local administration, communities, tourism businesses, volunteers, divers and the locals. Yuthasak Supasorn, TAT Governor, said: “The project is part of the TAT’s CSR strategy. It reaffirms our commitment to promoting responsible tourism and our leadership role in driving green initiatives. By instilling environmental consciousness among the tourists, tourism operators and local communities, we believe that it will help reduce tourism-related waste despite growing tourist numbers in the country.” more

7. Orphanage Tourism and Child TraffickingOn the 18th December, all 193 member states in the UN General Assembly in New York adopted a Resolution on the Rights of The Child that signifies a major milestone in ending the institutional care of children globally. Recognising for the first time, that orphanages harm children and that the vast majority of children in orphanages have living family, all children should be reunited with or supported to remain with their families. Where that’s not possible, the Resolution says that governments should commit to providing high-quality, family and community-based alternative care for children.
For the first time ever, the UN General Assembly has recognised that volunteering in orphanages, including short visits by tourists, can encourage the existence of institutional care and lead to children being actively recruited to orphanages. The Resolution calls on states to combat the trafficking and exploitation of children in care facilities and to take appropriate measures to prevent and address the harms related to orphanage volunteering and tourism. Read more about the newly-formed Orphanage Tourism Taskforce, in partnership with ABTA. Read more Hope & Homes for Children 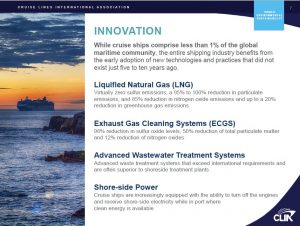 CLIA is forecasting that the cruise industry will carry 32 million passengers in 2020, the market is changing with more than 66% of Generation X and 71% of Millennials having a more positive attitude to cruising than two years ago.CLIA is reporting that their members have committed over $22 billion in new, energy-efficient ships and technologies to minimize our environmental impact and make progress towards our goal of reducing the rate of carbon emissions by 40% by 2030 as compared to 2008. 75% of non-LNG newbuilds will have exhaust gas cleaning systems 44% of new-build capacity will rely on Liquified Natural Gas for primary propulsion with virtually zero sulfur emissions, a 95% to 100% reduction in particulate emissions, and 85% reduction in nitrogen oxide emissions and up to a 20% reduction in greenhouse gas emissions. 100% of new builds will have Advanced Wastewater Treatment Systems and 88% of will be configured for shore-side power. more
Meanwhile, a group of ship owners have announced plans for a $5bn (£3.8bn) fund to design zero-emission vessels. They say $2 (£1.50) should be levied on every tonne of ships' fuel - to support research into clean engines. Environmentalists argue that this is too little and that big reduction in emissions, pollution and marine noise and marine life disturbance could be achieved by speed restrictions. The industry has reduced its emissions slightly over recent years, thanks mainly to ships slowing down after the 2008 financial crisis in order to absorb the oversupply in shipping capacity.  more and more

9. Zoos - Aspinal Calls for their AbolitionMillions of animals are kept in poor cages because a tiny number of people might become activists and take an interest in conservation. ... I think that makes us barbaric as a species."
Damian Aspinall, chair of the Aspinall Foundation is reported in The Times as saying that all zoos should be phased out with small ones like London Zoo shutting within ten years. He says that zoos exaggerate their conservation benefits and conceal the scale of disease and hybridisation which makes their collections worthless for conservation purposes. Some he says operate a "breed and cull" policy to ensure a ready supply of baby animals to please visitors.
Accepting that he could be accused of hypocrisy for continuing to welcome people to Howletts "he said that he needed the money from tickets to fund plans to send his animals back to the wild." Zoos claim to be educating the public "but they're educating them that it is acceptable to have animals held as prisoners for your entertainment." Aspinall argues that European zoos spend £15m per year keeping elephants and rhinos and that this money would do more good if spent tackling poaching in Africa."  more

10. Palau has banned 'toxic' sun cream
In December 2018 Palau announced that it would ban ten sun cream ingredients that damage coral. From January 1st sun cream that includes common ingredients, including oxybenzone, is not allowed to be worn or sold in the country. The Pacific island nation markets itself as a "pristine paradise" for divers. Mr Remengesau, Palau's President, told the AFP news agency: "When science tells us that a practice is damaging to coral reefs, to fish populations, or to the ocean itself, our people take note and our visitors do too.

The URL www.rtp.education takes you directly to the RT Hub which provides easy links to Responsible Tourism on the WTM websites and RT Partnership.