"Today a wind of madness is sweeping the globe.." says UN Secretary-General

UN Secretary-General António Guterres in his opening remarks to journalists on the UN priorities for 2020 on February 4th said that "today a wind of madness is sweeping the globe". He spoke in the UN's 75th anniversary year about the "the vicious circles that define our day". In the realm of peace and security, there are mounting conflicts. Problems feed each other,  as economies falter, poverty remains entrenched. "As future prospects look bleak, populist and ethnic nationalist narratives gain appeal". "Another clear vicious circle is exacerbating the climate crisis."
"As oceans warm, ice melts, and we lose the vital service the ice sheets perform - reflecting sunlight, thus further increasing ocean warming. And as ice melts and the oceans warm, sea levels rise and more water evaporates, fueling ever-greater rainfall, threatening coastal cities and deltas. Last year, ocean heat and mean sea level reached their highest on record. Scientists tell us that ocean temperatures are now rising at the equivalent of five Hiroshima bombs a second. ....And as forests burn, the world loses vital carbon sinks and emissions skyrocket. The smoke from Australia’s fires is now itself a literal vicious circle – circling the globe, releasing the equivalent of as much as six months of the country’s total carbon emissions in 2018".

"The challenge for this year’s climate conference in Glasgow, COP 26, is clear: all countries must show more ambition on adaptation, mitigation and finance. We need a price on carbon, and an end to subsidies for fossil fuels." more

2. Offsetting and the aviation industry are being challenged
The UN Secretary-General has called for a price on carbon and an end to subsidies for fossil fuels. In April last year, I described aviation as the Achilles Heel of our sector and pointed out that consumers are increasingly demanding that producers and suppliers address the sustainability of the goods and services offered to us to purchase – the same pressure needs to come on the manufacturers of aeroplanes and providers of flights and fuel. I learnt last week, at the Climate Friendly Travel summit at SUNX Malta, that the need is more urgent than I thought – 7 to 10 years – and that the best hope is Sustainable Aviation Fuels. Unless a carbon offset is priced at a level which reduces demand and places pressure on the airline industry top reduce and eventually eliminate carbon emissions, offsetting just permits, even legitimates, business as usual. In an interview with the Financial Times, Chris Stark, chief executive of the UK’s Committee on Climate Change, expressed concerns about corporate offsetting schemes: “If every corporate is relying on tree planting as a means of offsetting their emissions then we are not going to make as much progress as we think..” Read more in FT  In the Netherlands the government announced that from 2023 airlines will only be able to refuel at Dutch airports with kerosene to which biological or synthetic fuel has been added. The blending obligation “will encourage investments in the production and purchase of green fuels such as biokerosene and synthetic kerosene”. more

As Chris Lyle argues in GreenAirOnlne we really need the airline industry to demonstrate greater ambition in aviation emissions mitigation. We have to put pressure on the aviation industry to substantially reduce the use of carbon fuels and be weaned off fossil fuels.    If you are buying offsets, take care, you may be jeopardising your reputation, particularly if you are selling them to your customers. If something looks too good to be true, it usually is. In the UK the Advertising Standards Authority is looking a carbon offsetting claims and there have been critical exposes in the mainstream press. More There is more here about the questions to ask of any carbon offset.

3. Strong RT programme at WTM Africa in Cape Town 6 to 8 April
WTM Africa has a Responsible Tourism Day on April 6th with sessions on rewilding, working with national parks to benefit communities, decarbonising travel and tourism (there is more to it than just aviation), RT in Cape Town, animal welfare, and the importance of transparency and reporting. The WTM Africa RT Awards this year celebrate the Best of the Last Five Years are presented at the end of the day and on Tuesday morning there is an opportunity to hear from and question the winners. On Wednesday there is a session on Creating Shared Value and Thriving Communinituies - how to make business that benefits you and the community by growing the pie. more  WTM Africa has confirmed that WTM Africa is definitely going ahead. 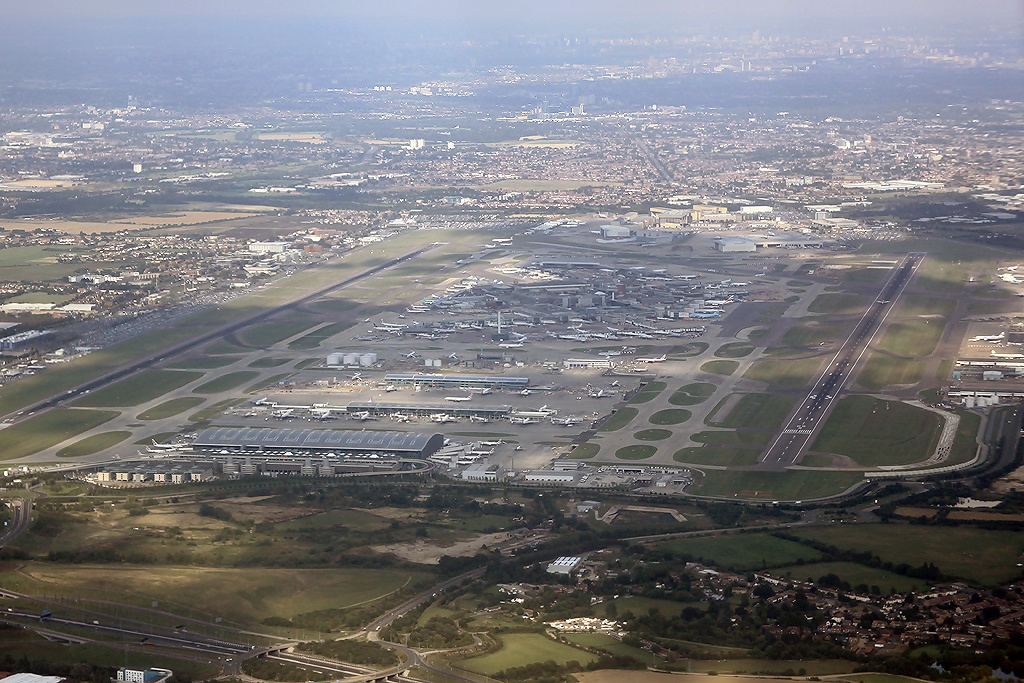 Heathrow launched it's Target Net Zero,  plan for all activities at the airport including flights to get to net-zero by 2050 at the latest. The plan, which can be found here, sets out how they will achieve net-zero carbon across the airport infrastructure as soon as possible and zero carbon by the mid-2030s; how they will help the aviation industry achieve a net-zero future; and how they will use their scale to help the wider economy decarbonise too. They argue that it is  possible to grow the UK aviation industry in line with climate change objectives and we will continue to make the case that it is carbon that needs to be removed, not the benefits of aviation.  they argue that

It’s naïve to pretend that, in an interconnected international network, not building a third runway at Heathrow will stop journeys happening and cut emissions – passengers will simply route via other hubs, exporting emissions to other countries, while sacrificing our own connectivity and trading opportunities. In 2018, 18 million passengers from the UK connected via another European or Middle Eastern hub to their final destination. Constraining one country’s airports doesn’t save emissions, it exports them.

A few days later the Court of Appeal in London ruled the UK government acted unlawfully in failing to take into account the Paris climate change agreement when supporting the expansion of Heathrow Airport. In its judgement, the court said it was not making a decision that expansion was incompatible with the UK's commitment to reducing emissions under Paris but the ruling raises doubts about whether a third runway will now be built. more

5.There is some evidence that the young are not as green as they are often assumed to be
A survey by Censuswide for Aviva comparing the "green" behaviour of Baby Boomer and Millennials and Generation Z'ers has found that Baby Boomers are more likely than Millennials and Generation Z'ers to report that they are reducing their air travel. more Hubbub reported research stating that half of the flights taken by men aged 20-45 last year were for stag dos and over a third taken by women were for hen dos. When asked, all that people really wanted from their dream hen or stag was spending quality time together, plus good nightlife and trying something new. In fact, most people agreed that there were great places in the UK for hen and stag dos. They launched a #WhyWingIt campaign, to inspire groups to choose an amazing staycation and offers tips for how to travel over ground rather than flying by default. 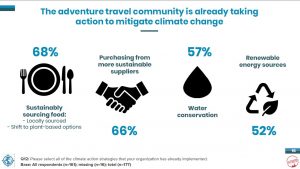 Intrepid has funded research undertaken by the Adventure TravelTrade Association, they received replies from 177 organisations, 52% of respondents reported having a climate action strategy.  74 respondents reported that they had a climate action strategy, more (49%) plan to restructure itineraries to rely less on fossil fuels while 42% plan to offset carbon emissions, and 35% to adapt tour menus to emphasize foods with a low carbon footprint.  Although only 29% of respondents partially or completely measure their overall carbon footprint.

8.Travalyst: a catalyst for change
Booking.com, Skyscanner, Trip.com, TripAdvisor and Visa provide services to many millions of travellers - they have reach. They have ambition:"We want to be the driving force that paves a new way to travel, helping everyone explore our world in a way that protects both people and places, and secures a positive future for destinations and local communities for generations to come.." There is evidence that travellers want to purchase sustainable travel and to benefit local communities. Launched in September 2019 it was relaunched in Edinburgh in February with the announcement of plans to create "a universal scoring system to help travellers have a clear idea of how sustainable a trip, experience, or activity is." more 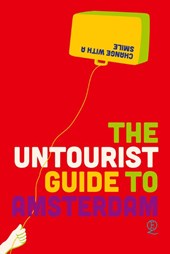 Back in January 2019 NBTC Holland Marketing published A new vision for the destination the Netherlands to benefit all Dutch people. They acknowledged that: "The interests of locals were previously marginalised in the development of tourism and, therefore, deserve prioritising now…" They have moved from destination promotion to destination management. The Untourist Guide to Amsterdam "a growing community of 200+ social entrepreneurs, non-profits, alternative city guides, hotels, hostels and other pioneers bound to change tourism in Amsterdam for the better. They "offer a variety of exceptional activities that enable you as a visitor to truly engage and co-create with us, to explore the city in a completely different way that is much more fun, authentic and meaningful."

Check out their visionary guide to Amsterdam filled with inspiring funtribute activities and a new perspective on tourism.
​
Explore the city in ways that will transform you from a regular tourist into a travel pioneer and changemaker. Become part of this brand new movement, contribute to the community and co-create with local innovators. Make your own zero-waste souvenir, go weed dating at an urban farm or plastic fishing on the canals. Contribute your skills and and ideas in exchange for a fun, authentic and truly rewarding experience.

The URL www.rtp.education takes you directly to the RT Hub which provides easy links to Responsible Tourism on the WTM websites and RT Partnership.

If you have any queries please email harold@responsibletourismpartnership.org