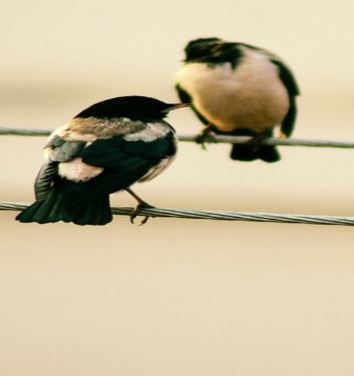 1.  Why the Responsible Tourism Awards matter.
2.  Is the Cruise Industry trying to be more sustainable?
3.  Fire and exploitation in the Amazon
4.  Climate Change
5.  The challenge of overtourism
6.   Tourists should pay their share of local taxes.
7.   Dealing with Plastics
8.   Maasai Evicted for Tourism
9.   Interview with Chris Warren the Green Butler
10. Action on Orphanages?

2.  Is the Cruise Industry trying to be more sustainable?
Carnival CEO Arnold Donald has said that his company is redoubling its commitments to environmental compliance and getting cruisers where they want to go — safely, cleanly, and carbon efficiently accepting that sustainability needs to be at the core of Carnival’s operations and mission.
There are reports of popular cruise destinations joining forces to oblige cruise lines to “launch ships compatible with our structures and the environment”. Venice’s port authority has called on other cruise ship destinations such as the ports of Barcelona, Amsterdam, Marseille, Dubrovnik, Zeebrugge, Hamburg, Palma and Málaga to close ranks in tackling the dangers posed by massive vessels. Ship Technology reports on measures taken by local authorities in Amsterdam, Barcelona, Bruges, Dublin, Dubrovnik and Santorini to reduce and manage pressure from cruise ship arrivals including imposing taxes on tourist arrivals and reducing arrivals or relocating them further away. Gala Pin, a councillor in Colau’s last administration, compared cruise passengers to “a plague of locusts”. Dubrovnik has capped the number of cruise arrivals and CLIA is now working with the city to protect cultural heritage. They have signed a Memorandum of Understanding to work together to preserve and protect the cultural heritage of Dubrovnik through responsible tourism management. The Port of Cannes is planning to impose a 0.1% sulphur cap for cruise ships. As Ada Colau has pointed out Barcelona does not have infinite capacity, nowhere does. more  But it is not all good news Arctic cruises have been accused of leaving indigenous people in the cold, with communities '"overwhelmed" by ships that drop up to 1,000 passengers in small villages but offer no employment opportunities." Thomson Reuters Foundation

3.  Fire and exploitation in the Amazon
The burning of forest occurs naturally and when fires are started deliberately to clear land for farming. This image is from NASA's Fire Information got Resource Management System (FIRMS) showing fires for last 24 hrs at 09:30 UK time on 1st September - it looks far worse if you combine data over a week or a month.

Brazil's National Institute for Space Research (INPE) announced that a record number of fires were burning in the world's largest rainforest, Al Jazeera reported. The agency said that it had spotted nearly 73,000 fires in the Brazilian Amazon since January, up 83 per cent from the year before. There has been a drop of 30% in the number of fines for environmental violations in Brazil.   More  Meanwhile, it is business as usual in the Amazon. The Yanomami's Amazon reserve has been invaded by 20,000 miners. "Bolsonaro claims indigenous people want mining and industrial agribusiness on their lands, but the Yanomami vehemently deny such desires. They say they want self-determination over the types of businesses on their lands. One such new, sustainable business is a chocolate concession that would preserve the rainforest and offer income."
There is a battle for land behind the fires in the Amazon.

4.  Climate Change
The BBC has launched an interactive web page where you can see the projections for temperature change in 1,000 major cities around the world. Climate Central has a Surging Seas Risk Zone Map. Indonesia is to relocate its capital from Jakarta to Borneo, Jakarta sits on swampy land and is expected to be inundated by 2050. This could pose a threat to rainforests and wildlife in Borneo. San Francisco-based travel site Stride’s “Places Disappearing Due to Climate Change” campaign is encouraging visitors to book tours to 10 destinations it is marketing as under siege from climate change. Is this last chance to see marketing or a genuine effort to raise awareness of the climate crisis?  In Australia, the outlook for the Great Barrier Reef has been officially downgraded from poor to very poor due to climate change. Mountaineer Bryan Mestre took this photograph at 3,400m in the French Alps, ten days before there was snow.

5.  The challenge of overtourism
Overtourism is not just a European cities issue. Efforts are being made in Peru to address overtourism at Machu Picchu which in 2018 received more than 1.5 million visitors, 17% more than in 2017. Frank Haas, Director for Strategic Development and Assistant Dean at the University of Hawaii School of Travel Industry Management told the Hawaii Tourism Wholesalers Association (HTWA) that "... Hawai‘i tourism shows signs of trouble. Inflation-adjusted spending per visitor has trended downward. Diminishing economic contribution, eroding resident sentiment, and increasing congestion and stress on sites and attractions provide evidence that the current governance model is inadequate for effectively managing the increasingly complex issues facing Hawai‘i tourism,” more
Google is developing a website which enables tourists and locals to avoid the most crowded days. Nusfjord on the southern coastline of Flakstadøya island, one of the most picturesque spots on Norway’s Lofoten islands, has a population of 22 permanent residents. It receives 50 tourist buses a day. Hans Fredrik Sørdal, the mayor of Flakstad municipality, argues that quality, not quantity is best for Lofoten. He says he understands the frustration but cannot promise money for any additional parking. “The municipality must prioritize a proper school rather than parking for tourists”. more

6.  Tourists should pay their share of local taxes.
Destinations belong to the people who live there and who maintain the places we love to visit. Unconstrained the industry, and their customers, are quite capable of loving them to death. The honeymoon is over as an increasing number of destinations are facing up to the challenge of managing tourism to meet local needs and to avoid the damage caused by tourist, day visitors and the tourism industry. Rationing and extending the season can spread tourism but it does not provide a means of funding additional infrastructure and cleaning up after it. Tourism taxes make sense and will become increasingly attractive to destinations. More destinations are recognising that you can have too much of a good thing and that tourism needs to pay its way. more  Meanwhile Helsinki has launched a sustainability app to be used by residents and visitors alike. 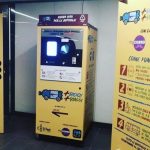 10 European countries have implemented deposit return schemes: Croatia, Denmark, Estonia, Finland, Germany, Iceland, Lithuania, Netherlands, Norway and Sweden. In Rome Commuters in Rome who recycle plastic bottles at metro stations can accumulate credits for the purchase of bus and metro tickets through apps on their phones. For each plastic bottle recycled, commuters will receive a credit of five cents, meaning if they recycle 30 bottles they receive a free €1.50 ticket. More on BrightVibes

Miniature toiletries are to be removed from all hotels run by InterContinental Hotels Group (IHG) for environmental reasons - making it the first global hotel brand to undertake such a move. The UK-based owner of Holiday Inn and Crowne Plaza hotels has pledged to take the small plastic bottles out of its 843,000 rooms by 2021.

Lifegate is an Italian company committed to promoting a just and sustainable world, a hub of sustainable innovation.  They are reporting that indigenous Maasai people have been ordered to leave their homeland in Tanzania's Serengeti Park for it to be turned into a hunting ground for tourists. more   Lifegate has a manifesto for responsible travel. LifeGate synthesised how to organise a truly sustainable holiday in the 10 rules contained in their Manifesto.

9.  Interview with Chris Warren the Green Butler
Christopher Warren on Sustainability in Tourism, understanding your Carbon Footprint & breaking through the Green Ceiling. Through education via programs like Christopher’s My Green Butler Program, there is hope for a sustainable future. Audio

10 Action on Orphanages?
Lumos has launched a Global Call for Evidence on the links between children’s institutions and human trafficking. Individuals and organisations from around the world are invited to submit relevant examples, information, knowledge and resources. Submissions may for example focus on cases of trafficking into, out of or after leaving children’s institutions as well as experiences of promising practice in tackling this serious problem.
The Better Care Network is convening an Orphanage Divestment Action Group to develop divestment resources. There is an online survey to collect views on the question of ethical volunteering and tourism to support children overseas. What’s needed, what already exists, and what can international volunteers do to support children in low-income countries?