The WTM Africa Awards are in transition with the organisation passing to WTM Africa. The 2020 Awards will be presented on the Africa Responsible Tourism Day on April 6th. An international jury will review the African Gold Winners in the Africa and World Awards over the last five years 2015 - 2019 and choose Gold and Silver, winners in six categories. There will also be a people's vote. Full details the 2020 Africa Responsible Tourism Awards launch in January.

3. Offsetting No Panacea
In the UK Shell has begun to offset its customers' greenhouse gas emissions. Easyjet is the first major airline to offset the carbon emissions from the fuel sued for every single flight. They will do this by " by investing in projects that include the planting of trees or protection against deforestation, production of renewable energies including solar power and wind, and working with local communities on how to reduce emissions in their way of life. We know that carbon offsetting is only an interim measure while new technologies are developed. However, at the moment we believe it’s the best way to remove carbon from the atmosphere." more

BA is reviewing its practice of fuel tankering, planes are filled with extra fuel, usually to avoid paying higher prices for refuelling at destination airports. The industry-wide practice could mean extra annual emissions equivalent to those of a large European town. BA now says that using tankering to cut costs "may be the wrong thing to do". more

The value of off-setting is contested.

"If you don't reduce your emissions and don't stop deforestation, you're not going to solve anything by merely planting trees," says Stephane Hallaire, president and founder of Reforest'Action, which has planted 3.8 million trees in nine years.
"It's a cop-out that risks dissuading society collectively from making greater effort and investing in costlier technologies," says Alain Karsenty, a researcher at the French Agricultural Research Centre for International Development (CIRAD). "It at least lets you buy time. Temporary storage can be a way to make the transition while waiting for breakthrough technologies," says Karsenty. more

4. Time to adapt to extreme weather
We have not even begun to slow the rate of growth in greenhouse gas emissions.The UN is warning in its latest annual emissions gap report that even if all current promises are met, the world will warm by more than double that amount by 2100. Countries will have to increase their carbon-cutting ambitions fivefold if the world is to avoid warming by more than 1.5C. Our home, Earth, is on course to experience a temperature rise of 3.2C by the end of this century. To keep within 1.5C the world needs to cut emissions by 7.6% every year for the next 10 years. The longer we delay the bigger the challenge.

It is time to stop talking about the science of climate change. We need to talk about the consequences – climate change is a real and present problem. The impacts are here now. Effects that scientists had predicted in the past would result from global climate change are now occurring: loss of sea ice, accelerated sea-level rise and longer, more intense heat waves, fires, drought and forced migration. more  Carbon offsetting a get out of jail card?

5. Overtourism
The authorities are cracking down on the "begpackers" and hotels are more and more reluctant to accept hen and stag parties. more  Edinburgh needs to balance its rising visitor popularity with “quality of life” for residents, says the SNP's Ben Macpherson the minister for Europe, Migration & International Development said tourism is an "extremely important part of the Scottish economy".  However, he confirmed that the Scottish Government is committed to a "transient visitor levy" to allow local authorities to raise revenue from tourism.  In the Philippines, the closure and rehabilitation of Boracay has resulted in a significant management change. The government has set a maximum number of tourists that can stay on the island at any given day. That number has been set at 19,215. Tourists without confirmed room reservations are not allowed to enter the island. more

6. Consumer trends favour Responsible Tourism
“We see trends here in China, which is a bit comparable to what we see anywhere else in the world, but we see for instance that customers think about responsible tourism and Chinese customers think about overtourism,” says Booking.com. 79% of customers said they would be happy to switch their chosen holiday destination if they were presented with an alternative that was better for the environment.
The most recent Havas Prosumer Report based on a survey of 12,168 consumers in 32 markets. 21% of the sample were prosumers trendsetters who embrace innovation, tend to be early adopters and are a source of information and recommendations among their friends and family. The survey found that "Consumers have mixed feelings about buying things, with 44% of prosumers and 38% of “mainstream” consumers saying they sometimes feel guilty about what they buy. Broken down by age, 48% of millennials, 37% of Gen X and 27% of Baby Boomers feel the same. What’s more, 63% of prosumers and 57% of mainstream consumers say “consumer-based economies” are putting society and the planet at risk. The most pressing global issues, according to the survey, are ones related to consumerism: climate change, air pollution, water pollution and mindless consumption. The best way to save the planet, according to 71% of prosumers and 62% of mainstream consumers, is to simply consume less"

7. Animal Welfare and Saving the Elephant

In South Africa, SATSA has launched a guide and tool for Evaluating Captive Wildlife Attractions and Activities    World Animal Protection has just launched its campaign against keeping dolphins in captivity, "Confined to shallow and small tanks, exposed to deafening music and blistering sunshine - dolphins in captivity have nothing to smile about. Our new ‘Behind the smile' report exposes the horrific suffering caused to thousands of dolphins by entertainments sold to tourists as innocent fun. After two years of research, we present a damning global picture of a cruel and multi-billion dollar industry, bolstered by irresponsible travel companies and false conservation and education claims." Holly Budge had an excellent and thought-provoking exhibition in the Responsible Tourism Cafe at WTM London and we hope she will be at WTM Africa in April, Her TED talk is well worth watching. 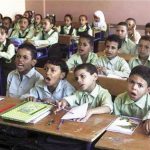 The Ministries of Tourism and Education have signed a protocol aiming to spread awareness about interacting respectfully with foreigners and promote tolerance and an appreciation for the tourism sector from an early age through school curricula. The agreement also hopes to raise awareness regarding poor treatment of tourists and foreigners and instil the values ​​of acceptance and respect for others beginning at an early age, Mashat, Minister of Tourism, said, adding that the protocol would enhance the competitiveness of the tourism market and link educational curricula with the needs of the labour market.

9. Orphanage Tourism and Child Trafficking
Following the panel at WTM, London on alternatives to orphanage tourism there was coverage on Voice of Islam's Drive Time radio programme on Orphanage Tourism: Fuelling child abuse and trafficking?   Launching a campaign against "voluntourism" J.K. Rowling has young travellers to avoid 'Voluntourism' that fuels human trafficking. "Propped up by donations and foreign aid, orphanages are a lucrative business and provide a home to millions of children". In Vietnam, SAVE Tourism has emerged with voluntary and charitable tours to remote areas to help people living in difficult circumstances, to support homestays and to develop community tourism. Dr. Nguyen Duc Thang from Vietnam Fine Arts Museum affirmed that as Vietnam considers tourism as a major and spearhead industry for economic development, the promotion of SAVE Tourism to attract visitors who want to voluntarily apply science, education and academy into the development of destinations is necessary.

10. Suman Billa appointed Director UNWTO
Suman Billa was Secretary - Tourism in Kerala when the state won the UNWTO Ulysses Award for Innovation in Public Policy and Governance for the progress made on Responsible Tourism. He then moved to Delhi as Joint Secretary in the Ministry of Tourism, Government of India. He moves to Madrid to oversee Technical Cooperation and Silk Road Development at D1 level at UNWTO