The Awards categories are:

The WTM Responsible Tourism Awards are open for applications on May 2nd and close August 31st.  Details on the Awards website.

2. TUI: Sustainability is becoming mainstream
In the second year of their Better Holidays, Better World sustainability strategy TUI's latest Sustainability Report demonstrates their progress across a range of indicators.

Customer research that conducted globally by TUI, with over 3000 participants, confirmed that sustainability can be a deciding factor in their holiday choices but that customers want more information when it comes to booking. Detailed reports.

3.  Africa Responsible Tourism Awards presented at WTM Africa
Blood Lions and Coffee Shack took the coveted position of Overall Winners - details of all the winners and the judges' reasons are online here and Paul Miedema was remembered

4.  Responsible Travel.com has ceased to promote zoos
Responsible Travel has dropped all zoos worldwide arguing that it is better to see animals in the wild, supporting the conservation of habitats and species and ensuring that local communities benefit economically from wildlife tourism. more and PETAUK

5. BA, empty seats and carbon emissions.
BA is extending its empty seat Business class model to UK domestic flights. BAQ has long held the middle seat vacant in business class in Europe. This policy is now being extended to domestic flights. There will be fewer seats for economy passengers to purchase; recognition perhaps that they cannot compete with the budget carriers. The empty seat policy reduces load and increases the carbon emitted per passenger mile. A policy bad for economy passengers and the environment. more

8. Tourists as beggars - no shame there? 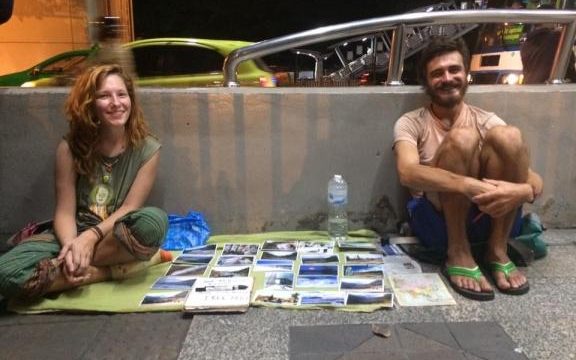 "There has been a recent rise in ‘begpackers’ - that’s backpackers who are begging - across some of the poorest countries in the world. Their attempts to fund their trips via begging, busking and occasionally selling their holiday photos have been snapped and shared on social media by more socially aware travellers - and disgusted locals...

Travelling across the world - even if it’s in cheap hostels on a budget of £5 a day - is not a God-given right; it’s a luxury that millions will never have. Backpackers might be able to justify their behaviour to themselves, saying that they’re not forcing anyone to give to them/they really can’t afford their next flight/they’re busking not begging, but deep down they surely know what they’re doing is wrong.

Backpackers cannot - and should not - ever feel entitled to people’s spare change when they’re busking next to someone who has not eaten a proper meal in days." Radhika Sanghani writing in The Telegraph

9. Airline waste
The global airline industry generates about 4.5 million metric tonnes of cabin waste per year, which costs the airlines about $500 million, according to theInternational Air Transport Association (IATA). The industry group expects that number to double in the next 15 years. London’s Gatwick Airport and DHL Supply Chain have opened a waste-to-energy plant, which they say makes Gatwick the first airport in the world to turn airport waste, such as food and packaging, into energy onsite. The companies claim that the new plant will save £1,000 ($1,243) in energy and waste management costs for every day it operates. more.

10. Looks good on Instagram and UCAS forms - how to sell subsidised volunteering
Subsidised by the UK taxpayer from the UK aid budget - the worst kind of voluntourism, the main beneficiary is the volunteer.