1. Justin Francis interviews Harold Goodwin on the Responsible Tourism issues.
A new RT News video launches with Harold Goodwin being interviewed by Justin Francis about why we should worry about tourism, about Responsible Tourism, the problem with ecotourism, overtourism, authenticity, child protection, aviation and the cruise lines.   View the channel

2. RTD14 Responsible Tourism in Protected Areas (marine & terrestrial)
The 14th International Conference on Responsible Tourism in Destination will take place in Devon, with the Univerity of Plymouth, from Sunday 16th to Tuesday 18th September. The conference will be limited to 50 participants and is intended for those managing or researching protected areas. Visits are planned to Dartmoor Nationa Park and a marine protected area. All participants will be expected to present a short paper or to pose a research or management question to which they are seeking an answer. The conference will be by invitation only. At this stage register interest by emailing  RTD14@rtp.tfxweb.com - you will be first to hear when registration opens. The conference objective is to shed light on the management issues and to develop and share research.

3. Global warming continues and winter sports melting away
Last year was the second or third hottest year on record - after 2016 and on a par with 2015, the data shows. But those two years were affected by El Niño - the natural phenomenon centred on the tropical Pacific Ocean which works to boost temperatures worldwide."It shows clearly that the biggest natural influence on the climate is being dwarfed by human activities – predominantly CO₂ emissions." acting director of the UK Met Office, Prof Peter Stott. Nasa rates 2017 the second hottest year, and Noaa and the Met Office judge it to be the third hottest since records began in 1850. The World Meteorological Organization Secretary-General Petteri Taalas said the long-term temperature trend was far more important than the ranking of individual years."That trend is an upward one," he said. “Seventeen of the 18 warmest years on record have all been during this century, and the degree of warming during the past three years has been exceptional. Read more

Skiing goes downhill reports the Economist: "How paradoxical. Snow-sports enthusiasts think of themselves as great lovers of nature and clean air, more conscious than most people of the changing climate. Yet their sport is becoming ever more man-made, expensive and exclusive. Perversely, it is also becoming more polluting, producing ever more emissions of greenhouse gases to survive. That only hastens the melting of the snow and ice. As Victor Hugo put it: “How sad to think that nature speaks and mankind will not listen.”

4. CORSIA - international airlines avoid emissions reductions
There has been very little fuss about this because nothing has happened. But this is one of those cases where nothing matters a great deal. If you come new to this you would think that the greenhouse gas emissions challenge was newly discovered. CORSIA stands for Carbon Offsetting and Reduction Scheme for International Aviation (CORSIA). It is hard to imagine how anything weaker could have been designed. The scheme is entirely voluntary until 2026 and it is not much better after that. ICAO

5. The Poles: the Arctic and the Antartic

Petteri Taalas Secretary-General of the World Meteorological Organization points out that “Arctic warmth has been especially pronounced and this will have profound and long-lasting repercussions on sea levels, and on weather patterns in other parts of the world.” Read more
There is a global campaign to create the world's largest wildlife sanctuary a 1.8 million square kilometre reserve that would ban all fishing in a vast area of the Weddell Sea and around the Antarctic Peninsula, protecting many species such as emperor penguins, blue whales and leopard seals. Read more
The Chinese have a new policy out designed to promote sustainable Arctic tourism. Read more

6.  First Sao Paulo and now Cape Town
Last year Sao Paulo very nearly ran out of water. In March 2017, 872 cities across Brazil were placed by the federal government under a state of emergency on account of a long period of drought. It rained just in time to avoid the worst. This year Cape Town faces a crisis. Helen Zille writes “We WILL run out of water by the end of April unless everyone reduces their water usage to less than 50 litres per person per day” and “according to the City’s current plan, most of Cape Town’s 4-million citizens will have to fetch water from a PoD. The maximum allocation will be 25 litres per person per day.” Unless of course, it rains.

7.  Plastics as big a threat as climate change?
David Attenborough’s final episode of Blue Planet II raised awareness of the poison of plastic pollution and stirred people to action. The UK’s environment secretary, Michael Gove, has said he was “haunted” by images of the damage done to the world’s oceans. In December, the same month as the final episode of Blue Planet II, the Chinese government announced that they would accept no more imports of plastic waste. Analysis of customs data by Greenpeace revealed that British companies had shipped more than 2.7m tonnes of plastic waste to China and Hong Kong since 2012 – two-thirds of the UK’s total waste plastic exports. In January, the British prime minister pledged to eliminate avoidable plastic waste – that which it is “technologically, environmentally and economically practical” to do so – by 2042. Read more

8.  How to avoid overtourism
Conde Nast Traveler is suggesting alternatives to "Barcelona. Reykjavík. Santorini. Some of the world's most beloved places are getting harder and harder to access, thanks to Airbnb restrictions, tourists taxes, and outright caps on how many visitors are allowed in each year. And while we're not telling you not to go, you'll need to brace for the crowds. Looking to avoid the extra work—and the roadblocks?  Justin Francis suggests some solutions including Responsible Tourism, sustainability accounting, demarketing and ending subsidised flying. More here
More on overtourism here.      www.overtourism.info

9.  Amsterdam's initiative to curb the number of shops targeting tourists in its historic centre
A Dutch cheese shop in Amsterdam has been ordered to close as the extensive use of English implies it is for tourists, not locals. more 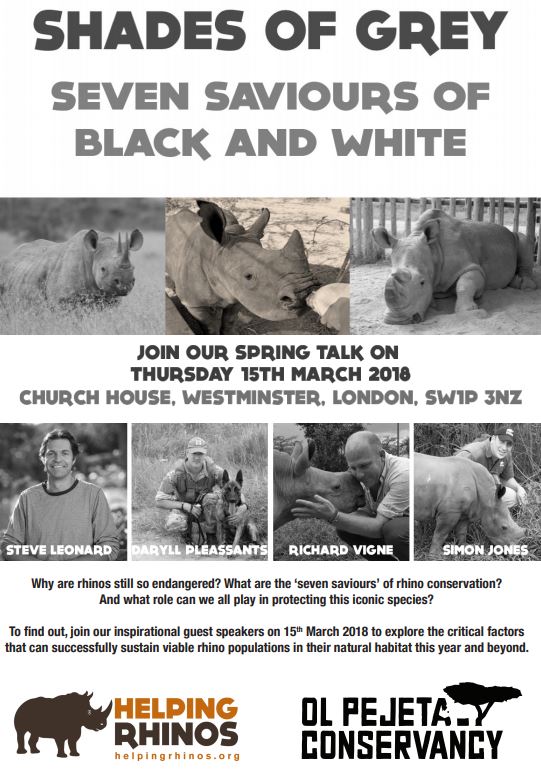