1. Carbon emissions and climate change are a major threat to the tourism sector.
At WTM London this month the least well-attended session of the Responsible Tourism programme was the one addressing climate change. We chose a panel of speakers from industry with experience of how cutting carbon emissions can be good for the bottom line – as energy prices rise the cost-effectiveness of moving away from fossil fuels to renewable sources is undeniable. We can decarbonize the sector and cut costs, the longer we delay the larger the problem becomes and some destinations are already suffering extreme weather events which impoverish them - making the worse places to live in and to visit - the very opposite of Responsible Tourism. more 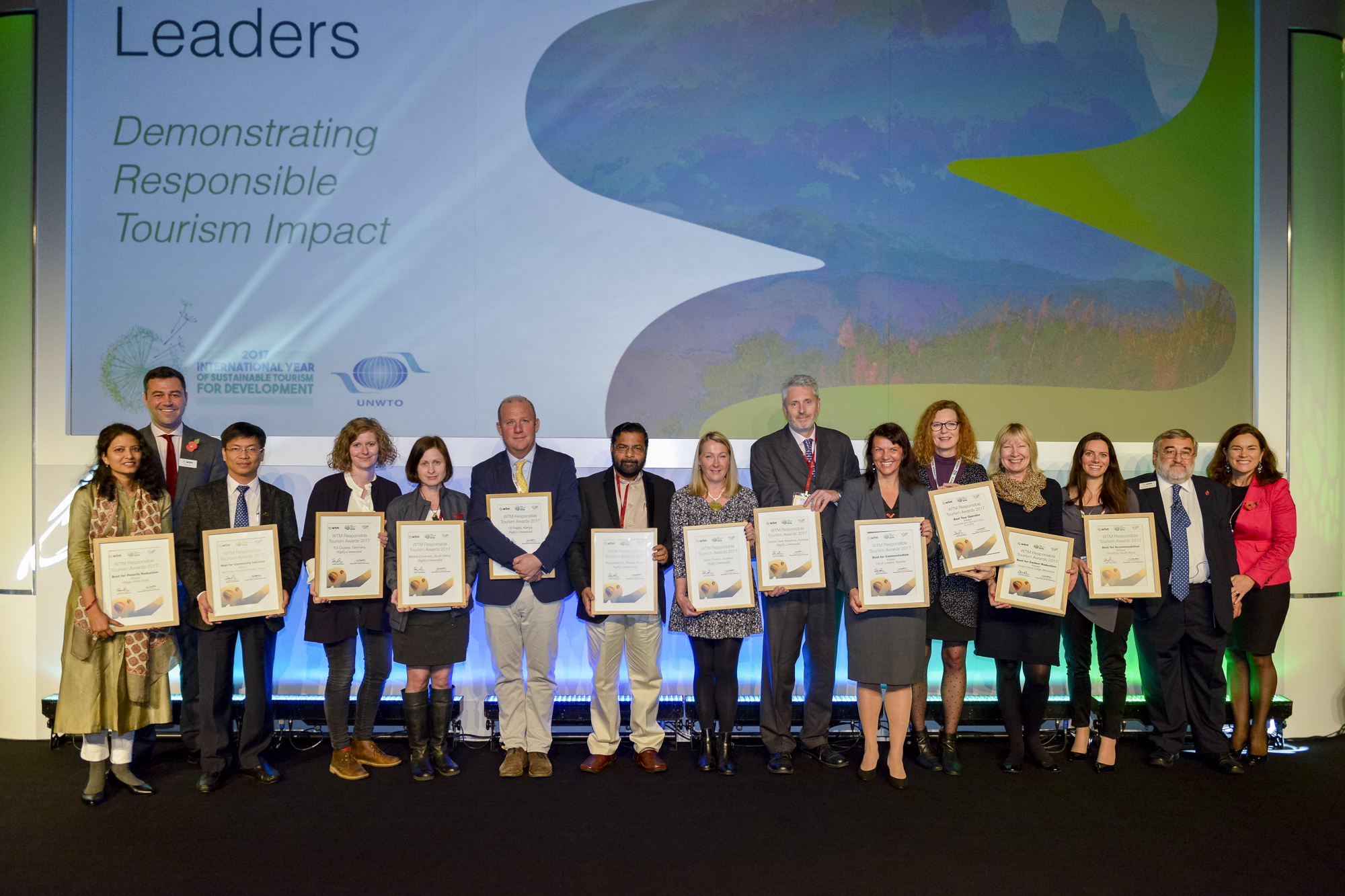 3. What are the priorities for Responsible Tourism in the next five years?
We asked readers of the WTM RT Blog what they thought were the major issues confronting Responsible Tourism. Unsurprisingly top of the list was carbon and greenhouse gas emissions – sadly this was by far the least well-attended session of the 28 Responsible Tourism sessions this year. In the expert panel discussion, the priorities were identified as environmental – carbon, water and waste – and a range of socio-economic issues. One of the big challenges over the ten years of the WTM WRTD has been the increasing attention paid to the socio-economic issues as the agenda has broadened to include decent work, orphanages, trafficking and local sourcing.Overtourism came up as an issue well beyond the Responsible Tourism programme at WTM London this year. Next year’s WTM London will address the challenges of coping with success, decent work and orphanages – and we’ll try to interest more destinations and businesses in reducing greenhouse gas emissions. more

5. Overtourism: time to listen to local people
Responsible Travel argues that it is time to " empty our ‘bucket lists’, move on from the habit of ticking off popular experiences and seek out brave, alternative adventures." Stop following the crowd.
“It is up to all of us as travellers, travel companies, destination managers, writers and travel lovers worldwide to help carve out a new destiny for tourism by listening to local people." Engaging local people in decision making about tourism in their place is a key principle and aspiration of Responsible Tourism. more

6.  Uluru climb banned from October 2019
The management board of the Uluru-Kata Tjuta national park has voted unanimously to ban the climbing of Uluru. The central Australian rock is ‘not a playground or theme park’. The Anangu have long requested that visitors do not climb the rock, both because it is a deeply sacred men’s site and because of the cultural responsibility they feel over the high number of injuries and deaths.Sammy Wilson described the pressure he and other Indigenous people felt over the issue: “Over the years Anangu have felt a sense of intimidation as if someone is holding a gun to our heads to keep it open. Please don’t hold us to ransom”. A local successfully community asserting ownership of their sacred and cultural heritage and defining the terms on which tourists visit. more

8. Working Abroad no longer sends volunteers to work in orphanages
Aware of the ‘industry’ of volunteer programmes at orphanages particularly in Asian and African countries. "It is unfortunate that in many cases, children are not actually orphans but are being exploited by operators to earn money from well-intentioned volunteers, who want to work with children. This is why we no longer send volunteers to any orphanage volunteer projects abroad or list any orphanage projects on our volunteer database." more

9. The Professional Hunters’ Association of SA (PHASA) now supports canned lion hunting
During their annual general meeting on 22 November, PHASA members voted to approve “the hunting of captive bred lions as a legitimate form of hunting”.PHASA’s decision has resulted in widespread anger in the broader hunting industry, with other member associations and prominent members of PHASA publicly distancing themselves. The Operators and Professional Hunting Associations of Africa (OPHAA) has terminated PHASA’s membership: “PHASA’s actions completely disregard one of the fundamental concepts of hunting, namely fair-chase, and will, without doubt, jeopardize not only conservation efforts but also the livelihoods of those who rely on well-managed and ethical hunting practices, far beyond the borders of South Africa. As a result, the majority of OPHAA members have voted to indefinitely suspend PHASA’s membership in OPHAA until further notice”. more

10. Gender Responsible Tourism
If you are concerned about gender inequality and glass ceilings in travel and tourism consider joining this network  www.g-r-t.org