India has emerged as the world’s leading destination for Responsible Tourism demonstrating what can be achieved when communities, government and businesses work together to make tourism better for all stakeholders. In both Kerala and Madhya Pradesh the Responsible Tourism Missions are reporting in detail on both their efforts and their impacts. These are no longer projects, they are programmes supported and funded by state governments,  working with businesses and communities to deliver real change. In 2021 India won four of the six Global Responsible Tourism Awards presented at WTM, London. Responsible Tourism is working well because governments at state and panchayat levels are working with communities and the private sector to enrich the tourist experience and the local communities they come to visit. Tourism is being used to make better places for people to live in and better places to visit.

Dr Venu V, then Tourism Secretary in Kerala, invited the 2nd International Conference on Responsible Tourism in Destinations to Kerala in 2008. There was a demonstration against the conference, some fearing that Responsible Tourism would be used to exploit still further areas of rural Kerala, continuing to exclude local communities. Over 500 people attended the conference from Kerala and around the world and shared what we knew in 2008 about how to make tourism better for local communities, their cultural heritage and their environment. Kerala adopted Responsible Tourism to address growing anger about the impact of tourists arriving in large numbers to stay in resorts and lodges in backwater villages but without benefits to local communities. 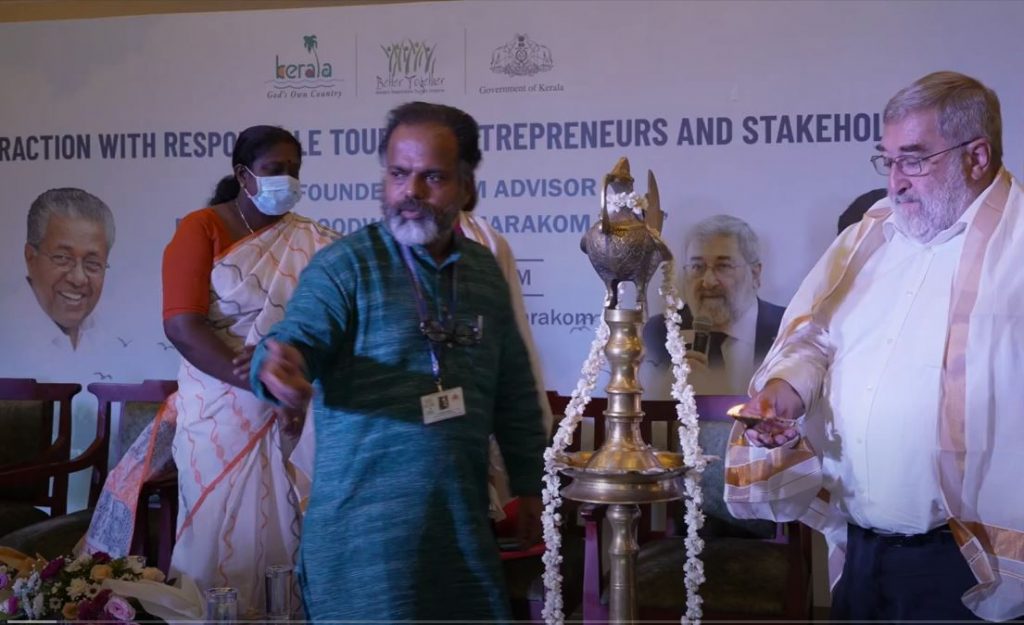 In Kerala, the state government works with the panchayats, village councils, focusing on creating additional livelihoods for communities, ensuring that they benefit from the large numbers of tourists arriving in their midst, and reducing the litter resulting from tourism in the backwaters for which Kerala is famous. Following a series of experimental initiatives in four villages, only the one in Kumarakom was a great success, Kerala continued to develop ways of creating additional livelihoods through tourism. The Minister of Tourism challenged us to prove that we were befitting communities and we responded by undertaking a village census in Kumarakom in 2015 which demonstrated a significant positive impact at the household level. The overwhelming majority of households were securing additional income from tourism and the community was now very positive about the benefits of tourism in their village.

In 2017 Kerala established a Responsible Tourism Mission, led by Rupesh Kumar, which has rolled out the practices developed from Kumarakom across the state. At the core of its strategy are Village Life Experiences and producer groups .  The RT Mission’s innovative project STREET (Sustainable, Tangible, Responsible, Experiential, Ethnic Tourism) is ensuring that tourism is community-led through the panchayats and producing great experiences for visitors. Experiential tourism is popular with domestic and international visitors alike. It is fair to say that Kerala established Responsible Tourism in India.

Madhya Pradesh has learnt from  Kerala and adapted the Responsible Tourism principles to deliver on local priories in communities across the state. The Responsible Tourism Mission there has based its work on six core values: community involvement, transparency, fair distribution of resources, equal opportunities for all, environment conservation and women’s empowerment. Madhya Pradesh is developing homestays, rural tourism, responsible souvenirs, solid and liquid waste management, access for the differently abled, skills training and making safer destinations for women.

As in Kerala the mission is to make tourism better, to use tourism rather than be used by it. The team which Dr Manoj has put together is strong in rural development expertise, in working alongside communities to empower them, working with them rather than telling them what to do. The Responsible Tourism Mission’s Humsafar (companionship) programme is raising awareness of the challenges faced by the differently-abled and working to reduce and remove them. By working with communities to develop a range of accommodation facilities, from homestays to rural retreats, the Responsible Tourism Mission is creating opportunities for improved livelihoods through accommodation, the performance of music and dance, food and beverage, guiding and craft.

Many businesses and destinations across India have been recognized in the WTM World Responsible Tourism Awards, there is a list here. 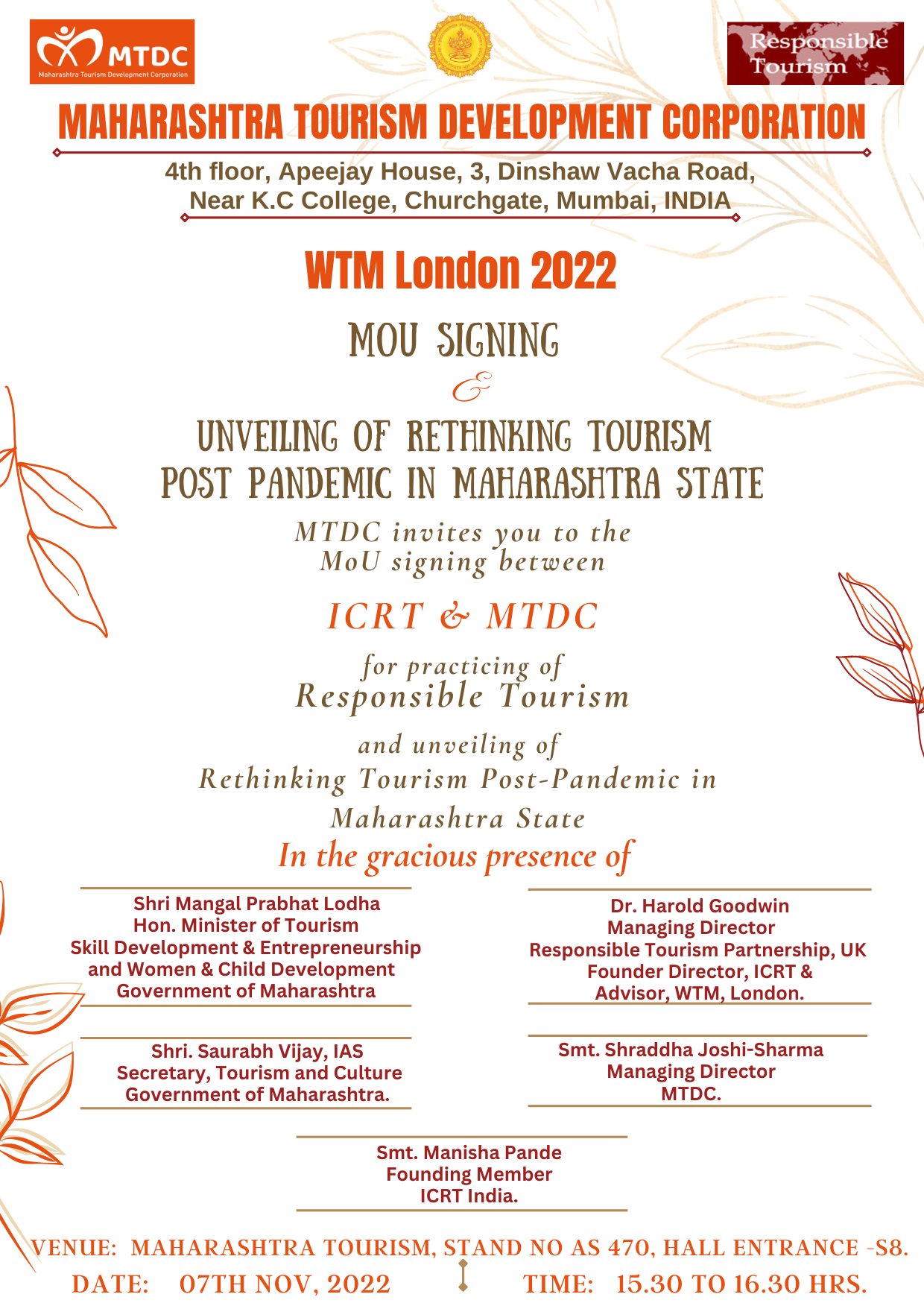