UK experience of coming out of lockdown

YouGov polled Adults in GB between 2 - 3 July and found that while 45% expect to travel in the UK in the next six months.

Only 12% of those over 65 are considering travelling abroad,  75% say they feel uneasy about flying, an increase from 47% on June 8th. more

"People in France, Spain, Italy and Germany have all expressed concerns about UK tourists due to the alarming coronavirus rate in the country. The YouGov poll found Spaniards were the most unwilling to welcome Brits, with nearly two third (61 per cent) wanting a ban on UK tourists entering the country.

Fifty five per cent of French locals don't want Brits, along with 58 per cent of Germans and 44 per cent of Italians who warn they fear their arrival. Only in Denmark, Norway and Finland, were the Brits left off the hook, with Swedish travellers most opposed after failing to go into lockdown. The poll, which spoke to 1,000 people in ten countries now listed on the UK's air bridge quarantine-exemptions, also found that only China and the US were lower than the UK for being welcome, as their rates also remain a concern."

Only 21 per cent said they would be "willing to consider” a holiday to France or Spain this summer, followed by 18 per cent for Germany and 17 per cent for Italy. Researchers for the poll explained: "The vast majority of people who might normally consider going on holiday are refusing to do so specifically because of coronavirus." 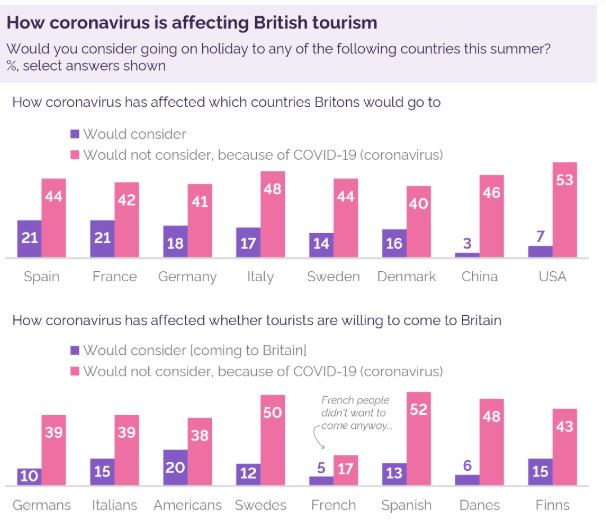 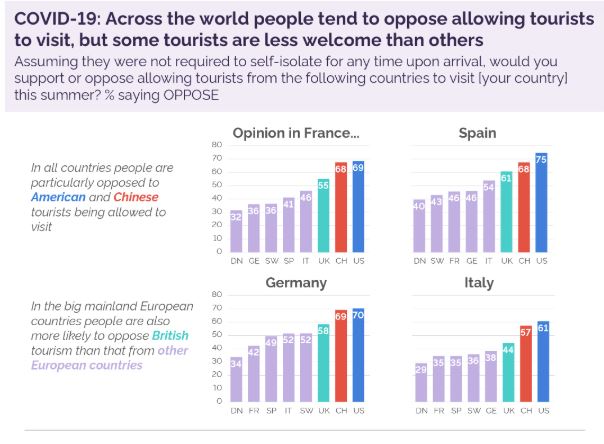 In Europe UK tourists are unpopular in the context of Covid-19. Only Chinese and American tourists are less welcome. 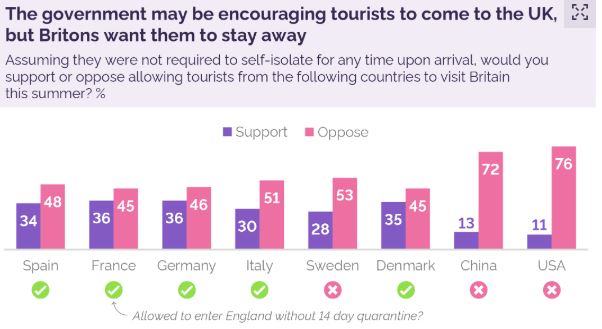 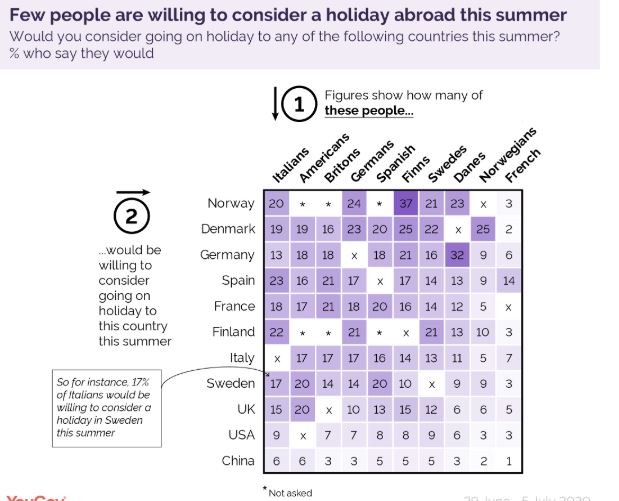 The UK was relatively slow to lockdown, taking 10 days after its 10th Covid-19 death. Longer than any other major country. Time taken to go form peak deaths to 20% of peak: UK 59 days; Germany 27 days; France 34 days.

Pubs in the UK were closed for 25 weeks. "Exclusive polling for the New Statesman by polling firm Redfield & Wilton Strategies reveals that 15 per cent of respondents visited a pub this past weekend, with nearly two-thirds of them (64 per cent) saying they had felt safe doing so while a third (34 per cent) had not.... only slightly over one in three (37 per cent) say they will go to the pub again in July, although the responses were collected before the Chancellor’s" £10 per meal subsidy 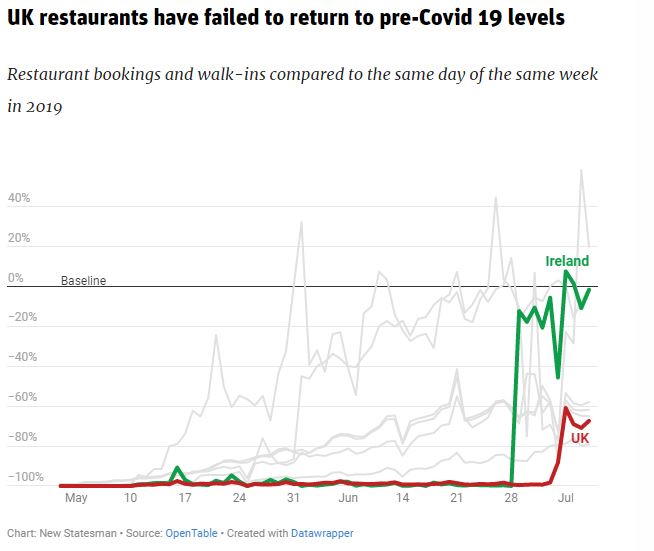 "Super Saturday” (4 July) was largely a flop in the UK, with fewer people returning to restaurants compared to diners in Australia, Germany or Ireland." more