The Judges' Awards are given by the judges of any of the World Responsible Tourism Awards where the business is recognised as outstanding. These awards are rare and are used to recognise businesses which achieve in multiple categories and have been previously recognised a number of times. The category was created in 2018 in order that the same businesses did not win year after year. To win in successive years businesses have to have achieved something new. Only a few businesses can therefore win multiple times - those businesses are outstanding.

TFPD was founded in 2004 to work with economically poor rural communities to commercialise community-owned lodges and develop local people to run those lodges in the future. Their role is to transform ‘white elephants’ into successful ventures. TFPD has won Gold twice in the Africa Responsible Tourism Awards, in 2015 and 2016. They won silver twice in the World Responsible Tourism Awards in 2016 & 2018 and Gold in 2017. They are widely recognised for their pioneering work in making a success of community-owned lodges, taking them effectively to market, upskilling the communities which own the lodges and training and employing community members.

TFPD seeks to operate in the spirit of Ubuntu referring to the essential ‘humanness’ of the human spirit – to goodwill, generosity, dignity, reconciliation, assuming responsibility for each other’s well-being and the willingness to solve problems together. TFPD works in partnership with the communities which own the lodges recognising the truth of the  Shona proverb which states: ‘Chra chimive hachitswane inda’ – a thumb working on its own is worthless. It has to work collectively with the other fingers to get strength and be able to achieve.

TFPD has successfully used tourism to create sustainable livelihoods for community members and to develop viable commercial businesses, owned by local communities. Businesses which are sufficiently commercially viable to make a significant contribution to community funds and which create opportunities through employment and local enterprise. Each lodge provides a focus for sustainable local economic development in rural communities.

TFPD entered !Xaus Lodge for the 2020 Africa Awards, just one of their four lodges, three safari camps and four cultural camps. A land claim filed by the ‡Khomani San Bushmen, settled in 2002, awarded them and the local Mier community each 25,000 hectares in what became the !Ae!Hai Kalahari Heritage Park. !Xaus Lodge was built there. A 12 room, 24-bed community lodge located 30 km from the nearest half-decent road, accessible only by 4X4. The lodge stood empty, decaying until it was repaired, refurbished and opened by TFPD in 2008. There is Joint Management Board for this community-owned business which TFPD manages and markets on behalf of the ‡Khomani San and Mier. The Joint Management Board meets quarterly and reviews the financial statements, management reports and discusses the strategic and logistics issues.

TFPD resisted turning the !Xaus into self-catering accommodation which would have generated little or no employment. !Xaus now employs 30 people from the local communities, over 14,000 people have visited, and ZAR 16 million (684,000 GBP) has been earned by the community in staff remuneration and benefits, and the rental fee paid to the community. The local unemployment rate is 60%. With an average of 6.5 dependents per employee, about 200 people are sustained by the benefit generated by 30 people having jobs at !Xaus Lodge. While !Xaus Lodge was originally seen as a “white elephant’’ by its community owners, today it’s one of their primary assets thanks to their partnership with TFPD. 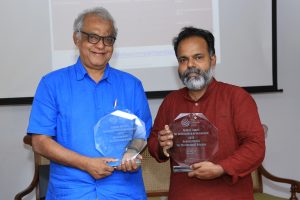 Two of the prestigious Judges' Awards have been presented to Jose Dominic of CGH Earth Hotels (on the left) and Rupesh Kumar of the Kerala Responsible Tourism Mission (on the right). This photograph was taken at the presentation of their Awards in Kumarakom, the village in Kerala where Responsible Tourism was tried, tested and born. 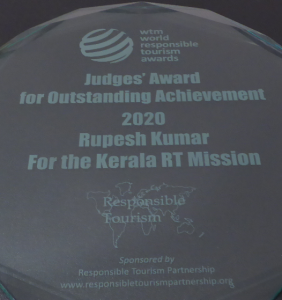 Rupesh Kumar participated in the 2008 Kerala International Conference on Responsible Tourism in Destinations. He was appointed to lead the Kerala Responsible Tourism Mission organising the first experiments in four villages working closely with the panchayats, the industry and the Kerala state government, Over the 12 years, Ruepsh has led the RT MIssion, working with successive administrations to build the strong Responsible Tourism programme of initiatives now being rolled out across Kerala. The programme has focussed on local priorities: ensuring that local communities benefit from tourism and that waste and pollution are effectively managed and reduced.
Rupesh Kumar has pioneered many innovative approaches to ensuring that communities benefit from tourism and that they are not exploited by it. The range of those initiatives can be found here  Rupesh and his team's work on local economic development through tourism is internationally exemplary, PEPPER is available online. The census of RT impacts in Kumarakom is the first of its kind and demonstrates both the scale of the impacts there and the RT Mission's commitment to transparency.
Kumar, R., Bobbin, J., Goodwin, H. (2017) Tourism Impacts in Kumarakom, Kerala, India

The Judges’ Awards
There were two applications for the World Responsible Tourism Awards this year which the judges considered to be from businesses worthy of a judges’ award. 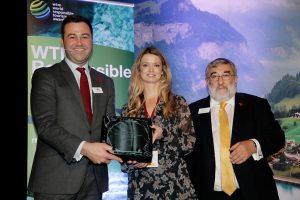 Grootbos
grootbos.com
Grootbos applied for the Benefiting Local People category. Grootbos is a private nature reserve committed to the conservation of the Cape Flora, one of the six Floral Kingdoms of the world, and the “upliftment of the community” through the work of the Grootbos Foundation. Grootbos develops sustainable livelihoods through enterprise development and education, addressing food insecurity, and sports development for youth. Their extensive programmes with local communities reach over 12,000 beneficiaries per annum. They established the Green Futures College in 2003, a Football Foundation, which is multi-sport, in 2008, and the Masakhane Community Farm 2016. The Grootbos Foundation Careers, Employability and Entrepreneurship programme supports learners in five high schools across the region. Grootbos were early adopters of Responsible Tourism and have grown their engagement year on year. In the 2019 Africa Responsible Tourism Awards they won in the Habitat & Species Conservation category and were overall winners. In London in 2017 they won Gold in the Best Accommodation category and in 2015 they won Silver in the Poverty Reduction in category in London. Grootbos has won multiple Responsible Tourism Awards and is widely acknowledged as a global leader worthy of a judges’ award. 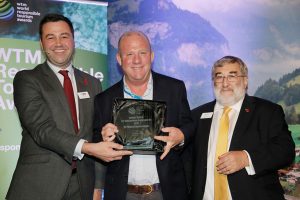 Ol Pejeta Conservancy Kenya
olpejetaconservancy.org
Ol Pejeta applied for the Benefiting Local People category. It is a 90,000 acre conservancy which employs, directly and indirectly, nearly 1,000 people in tourism, agriculture and ranching. They regard community benefit and wildlife conservation as of equal importance. Their Community Development Department employs 12 people in permanent jobs and 50 in part time/volunteer positions within their community, offering support in health, education and community development. They are supported with donations and expertise by partners. In 2018 tourism represented 63% of total income, ranching and farming 22% and donor funding 12%. Ol Pejeta was awarded Gold for Wildlife Conservation in the Africa Responsible Tourism Awards in 2016 and Highly Commended in 2017. Ol Pejeta is a strong contender in multiple categories, wildlife, community benefit and reporting. The judges recognise that Ol Pejeta is a global leader in balancing benefits for local communities and wildlife conservation and in delivering Responsible Tourism, using tourism to make better places for people to live in and ensuring the conservation of wildlife and habitat. 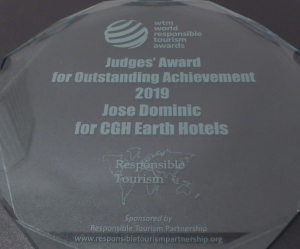 Clean Green Earth Hotels were pioneers in environmental, social; and economic sustainability and they have developed a series of destination experiences in sixteen boutique resorts all of which respect nature, build social relationships with their neighbours and through their neighbours' participation and their insights and inspiration, create unique and memorable experiences. Early adopters of Responsible Tourism they have created experiences that pay “homage to nature and engage closely with local people and their cultures.”

They have proved that “less can be more and that true luxury is an experience rooted in simplicity and soul, transcending mere form and ostentation.”

When the judges saw their application for Spice Village amongst the others, we decided to recognise the scale of their contribution and the success of the CGH Earth portfolio. They have been recognised in the World Responsible Tourism Awards in 2018 for Coconut Lagoon. Spice Village was established in 1991 built by the local Mannan in their traditional style using split bamboo and elephant grass; the latter gathered with permission from the forest, the removal of the grass reducing fire risk. Earthern clay tiles were used to construct the floors and the furniture of pine was and is made locally from recycled packing crates. Rainwater harvesting, solar lighting and hot water heating, biogas made from kitchen waste used for cooking, drinking water purified on-site, local activities in and with the community, water from the sewage treatment plant used to water the grounds – they have been thorough in their approach to sustainability and created a great guest experience. The food, recipes and décor are all local, the employees are drawn from neighbouring villages and particular efforts have been made to recruit female staff by creating a comfortable; working environment for them.

CGH Earth were pioneers, and they are still leaders.